Types of Facelift Incisions and What to Expect 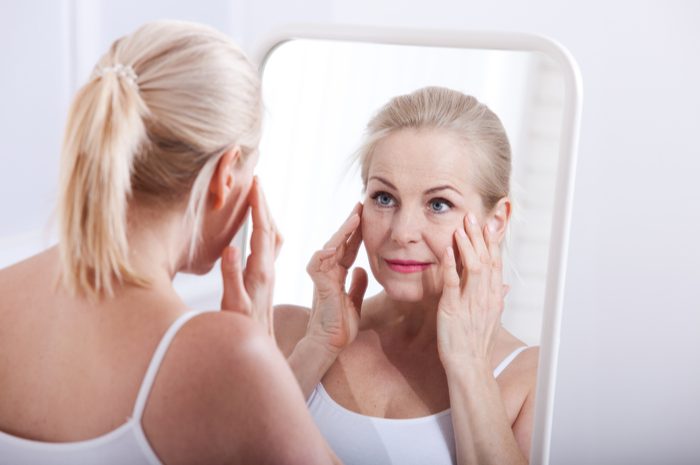 Among some of the most popular cosmetic procedures are a variety of facelift options designed to address wrinkles, sagging, and excess skin that can show signs of aging.  Whether you’re concerned about sagging in the neck and jaw area, sunken cheeks and heavy nasolabial lines, forehead creasing, or all of the above, you’ll be happy to learn that there are several surgical options to consider.  One thing to think about before you commit, however, is the type of incisions used and the scars you might expect following the procedure.  Here’s what you need to know.

Regardless of the procedure you choose, you should know that cosmetic surgeons want you to have the best possible outcome, which is why they endeavor to hide incisions whenever possible.  Most facelift procedures include incisions around the edges of the face, so that they can be hidden somewhere in the hairline, behind the ears, or even inside the mouth.  In short, the end result should be that scars are almost entirely invisible once you’re fully healed.

The scope of incisions will depend on the procedure being performed, but for upper or midface surgeries, you’re very likely to have some incisions in the hairline.  For a deep plane facelift, the superficial musculoaponeurotic system (SMAS), or the layer under the skin that surrounds muscle, is repositioned for more dramatic and longer-lasting results.

This requires extensive access and more substantial incisions than some other procedures, but for people with significant skin laxity (sagging), the result can be incredible.  Incisions start in the hairline and extend from the temple to the ear, where they follow the crease of the ear, go inside the ear, extend along the crease of the lobe, and disappear behind the ear.

While SMAS facelift procedures tend to include the most sizable incisions, careful consideration is given to where they are made, with the goal of hiding them in the hairline and along natural creases, so that once healing is complete, they will be entirely hidden from view. 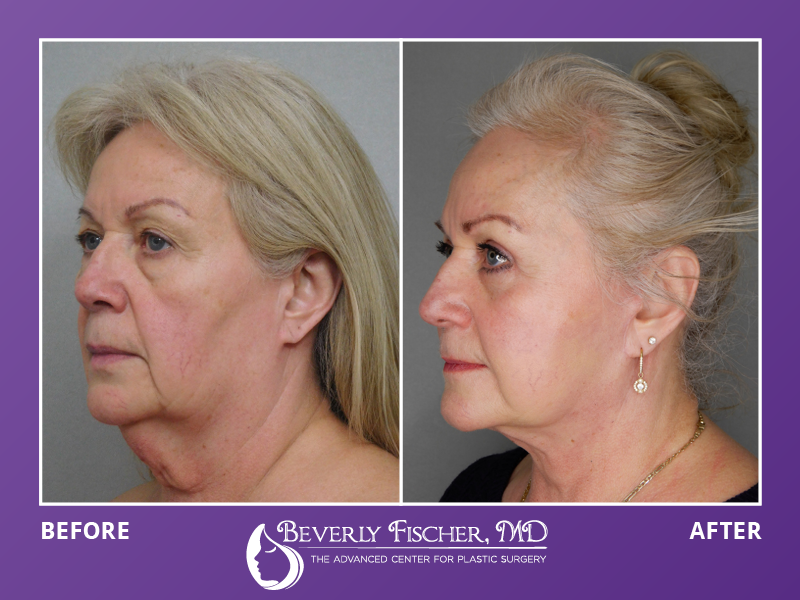 For patients that want to focus primarily on lifting the upper or midface areas, facelifts that feature shorter scars may be possible.  In some cases, small, S-shaped scars will extend from the temples to the front of the ears, hidden in the hairline.  Or in the case of a minimal access cranial suspension lift (MACS), the incision in the hairline terminates when it reaches the ear.  With short scar types of facelifts, the defining factor with incisions is that they do not extend into or around the back of the ear. 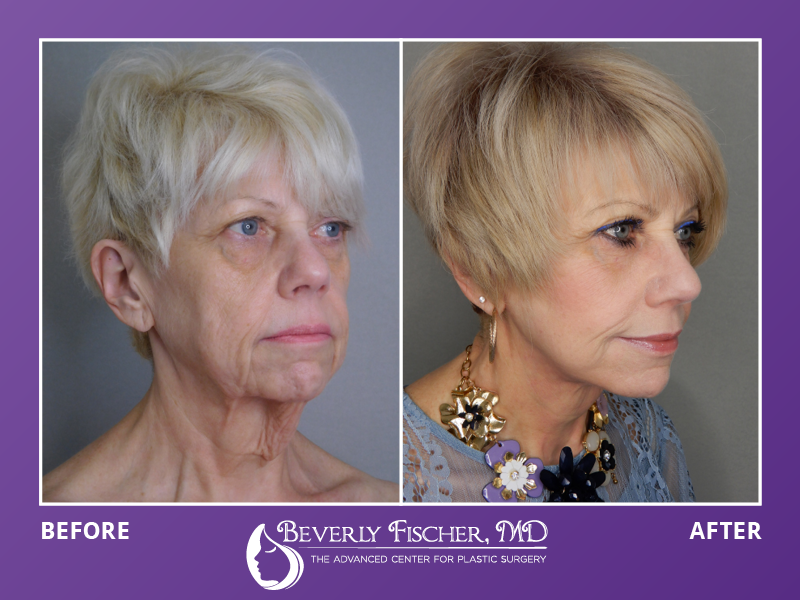 Typically, surgeons will avoid any incisions on the jawline, where they could be highly visible, but with facelifts that target sagging and other issues in the jaw and neck area specifically, some access in this area may be necessary.  In such cases, an incision is usually made at the base of the chin, where a natural fold in skin makes it easier to conceal.

In some cases, incisions around the hairline are paired with internal incisions placed in the ear as with a midface or cheek lift that targets sagging cheeks and heavy nasolabial folds.

Scars are a very real concern when you undergo a facelift, so it’s always best to consult with a seasoned professional to ensure that you choose a procedure you’re comfortable with and enjoy outstanding results.  If you’re ready to dramatically rejuvenate your appearance with a facelift, contact the talented and experienced team at Beverly Fischer, MD and The Advanced Center for Plastic Surgery today at 410-308-4700 or online to schedule a consultation and learn more.

How to Know if You're Ready for a Facelift

Are Neck Wrinkles Telling Your Age?